Friction between the International Skiing Federation (FIS) and athletes competing in FIS-sanctioned events is growing after the governing body recently announced that it won’t tolerate uniform code violations.

FIS says it will enforce existing rules governing the size of logos on helmets and goggle straps, effectively rendering most current gear unusable. These rules have actually been on the books since the mid-90s, but have been ignored by athletes, their sponsors, and FIS for just as long. 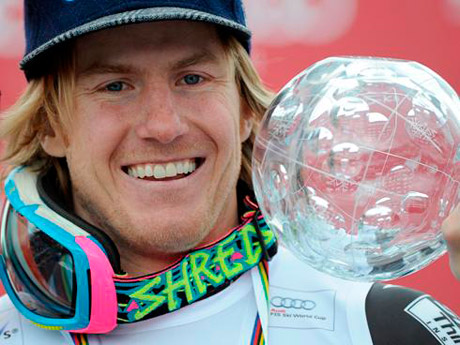 Ted Ligety with the crystal globe

Skiing caught up with Ligety, Douglas, and Hudak to find out what makes goggle logos such a big deal.

According to Ligety, athletes are living advertising for the equipment they use. “We’ve proven that what I wear Sunday in a race is what [sells in ski shops on Monday],” he says. “If I’m not wearing something that next day, that kills a line of sales. It kills the ski shops too—so it’s not like it affects one area, it permeates throughout the industry.”

If athletes can’t advertise, they can’t make money. FIS events are the gateway to the Olympics, and a brand-exposure gold mine.

It also costs money for athletes to be on a national ski team, let alone compete. “If it costs fifteen grand to get on the US Ski Team, and your sponsors only give you ten grand, it’s hard to justify passing up other opportunities that might not lead to the Olympics,” Ligety adds.

What’s the reasoning behind limiting branding on athletes? We haven’t had a chance to speak with FIS yet, but here is freeskiing pioneer and former Canadian national team member Mike Douglas’s take:

“Good events cost a lot of money to put on. The FIS and event organizers have their own sponsors that help make this happen. I think the real issue is giving the national team, FIS, and Olympic sponsors better visibility. If the logos on the athletes at the Olympics are barely visible, then the big sponsors have better visibility.”

As much as that makes sense, FIS might be looking at the frosting and forgetting the cake underneath.

“This rule doesn’t affect the athletes nearly as much as it affects the brands,” continues Douglas. “Without the brands, ski racing would really struggle between Olympic years. Ski companies spend millions of dollars keeping that machine running year after year.” “Now FIS is telling their biggest supporters that they need to reduce their logo sizes and produce short run equipment at their own expense.”

Enforcing regulations harms racers more than competitive freeskiers, who have other competitive outlets to appease their sponsors. “Under Armour actually added bigger “UA” patches to our X-Games jackets and pants in 2011 so that the logo would be more visible.” Says US Ski Team halfpipe competitor Jen Hudak. 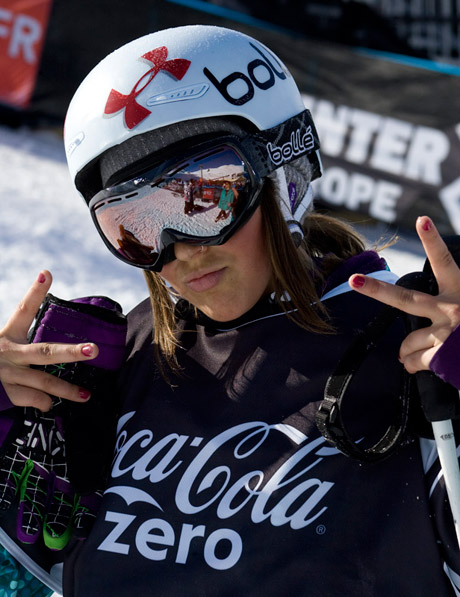 Hudak also brings up a valid point for disgruntled competitors:

“We are in a new age with social media, and the branding that our sponsors ask us to carry out stems way beyond skiing. We represent those brands on a daily basis while training, on our websites, Facebook, Twitter, etc.” 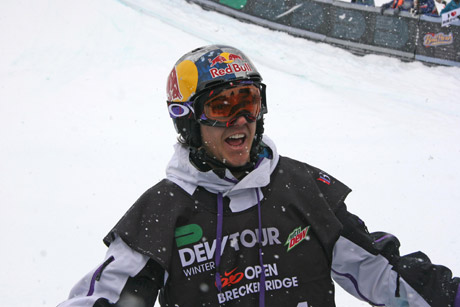 Twitter posts might keep fans happy, but a big Oakley “O” worn by a triumphant Olympic Champion has infinitely more resonance. Sure it’s supposed to be about purity of sport, but who’s going to pay to keep it that way?