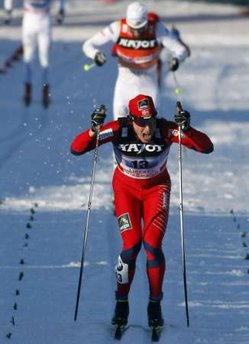 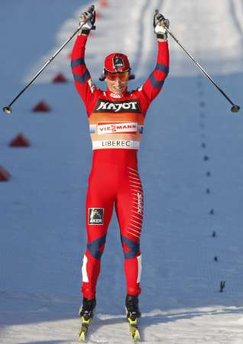 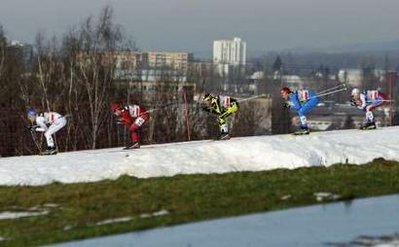 Double victory for Norway in Liberec

Italy I with Magda Genuin and Marianna Longa claimed second place more than 30 seconds behind the winning team. Kari Vikhagen Gjeitnes and Celine Brun-Lie of team Norway II rounded out the podium.

Marit Bjoergen showed great shape today and in her first leg opened up the gap on the rest of the field. Falla was able to speed up too and the due was continuously increasing the margin. Bjoergen did not allow any drama and came to finish with decisive margin of 30.5 sec.

Magda Genuin and Marianna Follis for Italy were second fastest today. Arianna Follis escaped in the last leg Celine Brun-Lie and with a comfortable gap of 13 seconds came for second place.

Norwegian success was rounded out today with team Norway II. Kari Vikhagen Gjeitnes and Celine Brun-Lie lost on their compatriots +46.8 sec and finished third. Team Canada with Daria Gaiazova and Chandra Crawford were fighting hard and were close to the podium. However, Crawford could not keep up the high pace in the last leg and lost two places and finished fifth.

Ola Vigen Hattestad experienced a “déjà vu” this weekend in Liberec. After yesterday’s victory in sprint free, Hattestad together his team mate Kjoelstad conquered another victory and sealed double as he had done two years ago at the World Championships in 2009.

Men’s race over 2 x 3 x 1,6 km was very open and was not decided until the last leg. All 10 teams were very close together. After last exchange Mats Larsson from team Sweden I attacked and tried to escape Hattestad (Norway I) and Dahl (Norway II). Hattestad showed again great tactical skills and attacked in the last uphill before the stadium. Larsson could not respond and brought team Sweden I to second place. John Kristian Dahl and Robin Bryntesson were fighting hard in the last leg for the third place. John Kristian Dahl stroke back and secured third place for team Norway II and his compatriot Eirik Bransdal.

Norway has taken over the current lead in the nation cup with 6793 points. Sweden is second 5094 points and Italy is on third position with 4083 points.

It was the goal for me to give a good advantage to Maiken after the first exchange. I felt well during the race and Maiken did as well an amazing competition and increased the gap.”

It was a great day. I had good skis and I felt great during my laps. Marit gave me a good advantage to the others and it is a lot of fun to race with such a superb athlete then Marit.

It was a hard work. The team sprint is so different then the other races. I was not surprised when Marit is attacked, she is like from another planet at the moment – really strong skier. Now we have next weekend the Italian Championships in Grisone and afterwards we stay at home for a while to prepare for the World Championships.

It is my first podium in a classical team sprint competition. That makes me really happy. Marianna was strong today and I am also satisfied with my performance.”

I tried to get a gap to the others on my last lap but I couldn’t come really away from the bunch – the Swedes were always behind. Ola did a great job on the last round and took the victory home for us. It is nice to come back to Liberec where we both have won together in 2009. Now I have to be next week strong to be qualified for the World Championships in Oslo.

It was a good day for me. The first round was quite easy, in the second round I tried to force the speed a bit and then in my last lap I attacked on the first uphill to get a good gap to the others. It worked out but I was on the last uphill very tired when Ola closed the gap. Ola was super strong. I have chosen this tactic because I knew that I would not be able to follow Ola on the last uphill, therefore I decided to attack already at the start of the lap.

“The first two laps were not slow but also not fast. I felt good but in the last lap the guys increased the speed and I had to push my body to the limit.”