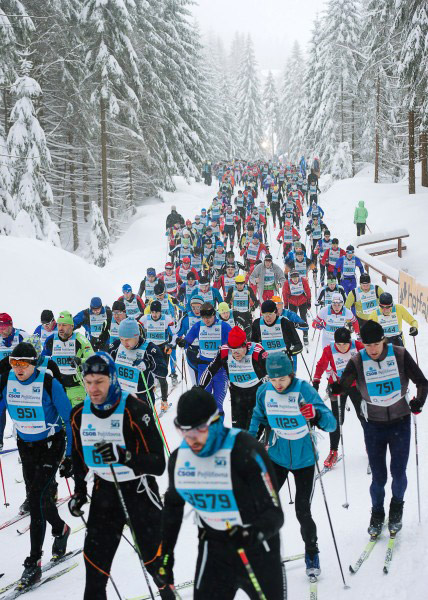 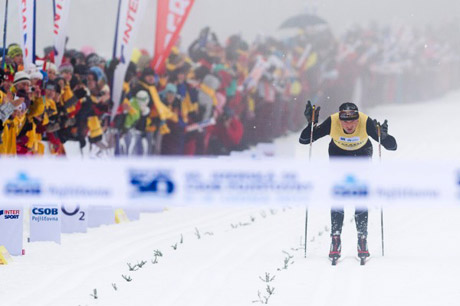 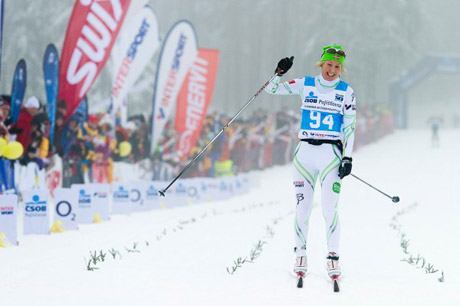 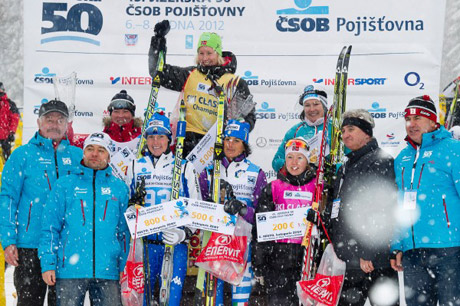 Next Ski Classics Race is Marcialonga in Italy on the 29th of January. More info at www.skiclassics.com and www.worldloppet.com.

It was his third time winning the Jizerská Padesatka Ė however, it was the hardest victory for Stanislav Rezac (2:21.49).

Snowing since the morning, the conditions were not that easy on this 50km classic ski race. Behind Redzac, Jimmie Hansson (SWE) became second Ė only 8s behind the winner. Third after 50km was the Norwegian Joergen Aukland with the little margin of 1s behind the second Hansson. With his victory today, Stanislav Redzac takes the lead in the overall FIS Marathon Cup. 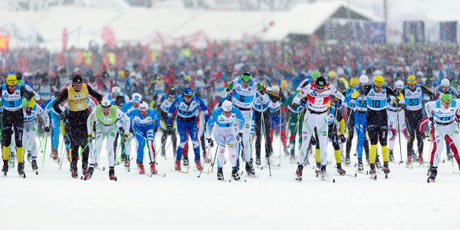 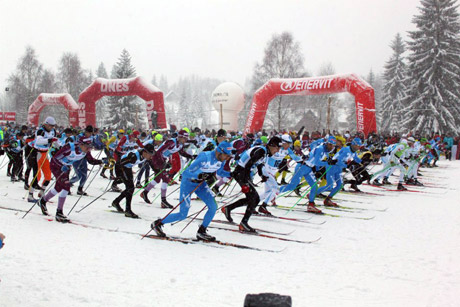 On the women's side, it was the turn of Sara Svendsen (NOR) to be the first one in the finish. After 2h42 minutes and 19 seconds she could claim the victory in front of Estonian's Tatiana Mannima (2:46.38). Jenny Hansson of Sweden took third place in 2:48.52. With her victory today, Svendsen leads now the women's ranking of the overall FIS Marathon Cup. 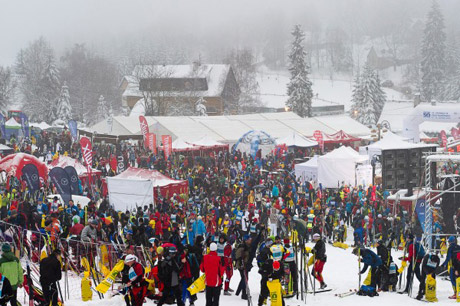 The course was demanding, especially after heavy snowfall during the night. At around zero degrees the choice of wax was not easy, so many racers relayed to no-wax skis or roughened skis. Almost 5000 skiers started after the elite athletes got on the track and still came into the finish while the victory ceremony took place for the best Jizerská 50km racers. Even though the race was hard, especially due to the new snow, there were only happy faces to be seen in the finish area as everybody was very proud to have finished this demanding competition. 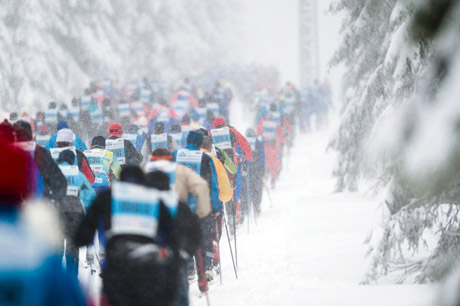 The statements of the best three

Stanislav Redzac (CZE)
I am really, really happy with this victory! It is the third time that I won this race, however, this is my biggest victory as never before were so many good skiers entered in this race! I am very proud to have been able to win this race, especially because it's also at home! The way to the finish felt really long, especially the last two kilometres! My skis were not so good on the uphills today, but the better on the downhills! That was a good start into the season and I hope that I can continue like this! 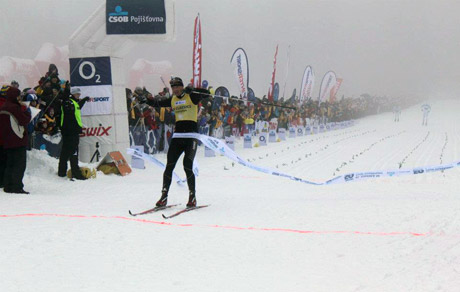 Jimmie Johnsson (SWE)
I am a beginner in FIS Marathon races Ė I only skied the Marcialonga once, otherwise only longer races in Sweden. Therefore I didn't really know what to expect. That I could climb on the podium is just great and I am very happy! The race today was very slow and so we all stucked together most of the time. Sometimes someone pushed a bit harder in the front then there was a gap, but it was closed soon again after somebody else took over in the front and didn't push so hard anymore. The race really started about 5 / 6km before the finish. I felt good and my skis also better and better with each kilometre, so I pushed really hard until the end and could finish second! I used roughened skis which was a good choice! I am really satisfied with my race and I hope I can go on like this!

Joergen Aukland (NOR)
It was not an easy race today with all the new snow Ė that made the race really special! So it was relatively slow in the beginning but very fast in the end. I pushed really hard the last 5 kilometres to stay up front. I hoped to be on the podium before this race but looking at the conditions I knew it would not be an easy task. However, I am really happy with my race and this good start into the season! I am focusing on classic races this year, so my next race will be the Marcialonga at the end of January!

Sara Svendsen (NOR)
I really felt good today and I really enjoyed skiing this race! I just went on and pushed hard. I didn't know how much my lead was so I was pushing the whole way. I am really happy with my race and this victory! My goal was a podium place, but the victory is even better, for sure! That was a really good start into the season for me and I hope that I can continue like this!

Tatiana Mannima (EST)
I feel so happy about my second place today! I hoped to be able to get on the podium but with the difficult conditions today, I wasn't sure if it would work out! I had a really good race and I am very happy! This is a good start for me! My next race will be the Dolomitenlauf Ė so let's see what I can do there in a skating race!
Jenny Hansson (SWE): That was a good start for me into the season. For sure you always want to win, but the conditions were very difficult today and the choice of wax was not easy at all. My goal was to be on the podium in this race and I made that, so I am happy. I am happy that the season is finally on, so I am looking forward to the next races!