ALPINE SKI WORLD CUP. Switzerland’s Lara Gut celebrated her maiden victory in a World Cup giant slalom today at Soelden where she clearly dominated the rest of the field on the challenging Rettenbach glacier situated above Soelden. It was her fourth World Cup triumph in her career and the very first of a Swiss woman on that slope since 1993. In past winters, Gut already won two Super-G and a downhill races. 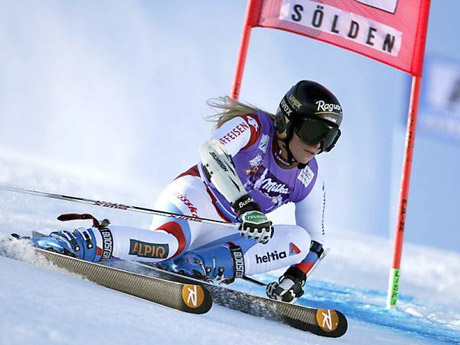 The 22-year-old beat by 84/100 of a second Austria’s Kathrin Zettel while Bavaria’s Viktoria Rebensburg came in 3rd at 1,28 seconds. Another Austrian, Anna Fenninger was 4th ahead of Tina Weirather from Liechtenstein and USA’s Mikaela Shiffrin, the reigning slalom World Champion.

Last year’s winner Tina Maze, the defending Overall World Cup champion, ended a far and disappointed 18th over three seconds behind the winner – yet ahead of the giant slalom World Champion Tessa Worley from France, only 21st at 3,31 seconds. 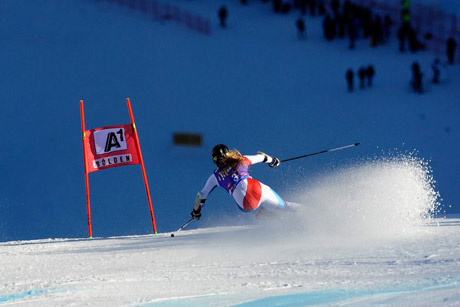 Known for her determination and love for speed in downhill and Super-G, Lara Gut strongly improved her level in giant slalom in recent seasons, enjoying her first two podium finishes last winter when she was 3rd at Semmering, in Austria, and Lenzerheide, in Switzerland. In Soelden she already overpowered her rivals in the first run and fought hard again in the afternoon to successfully defend her lead and finish in front of some of very established GS skiers in the field. 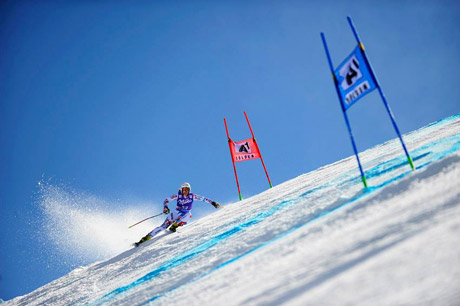 Zettel, a five-time podium finisher here, Rebensburg, the reigning Olympic champion in the event, and Austria’s skiing darling Anna Fenninger have been some of the strongest giant slalom specialists in recent years. All of them were fighting hard for the first race of the 2014 World Cup season that is due to end in five months at Lenzerheide, in Switzerland.

A hard fight for Lara Gut

“It’s pretty exciting to win my first giant slalom here with such a margin, I’m also surprised,” said an ecstatic Gut after the race. “I fought hard this afternoon and made more mistakes than in the morning yet I still manage to win with that big margin. It’s a good feeling for sure, but I think anyone of us can do the same on a very good day,” the triple silver medalist from Val d’Isère 2009 and Schladming 2013 said. 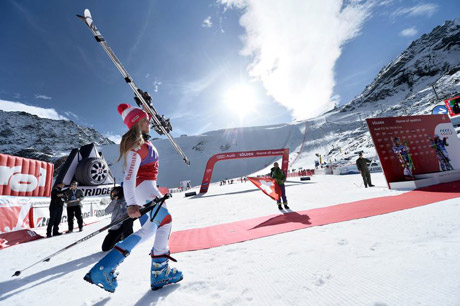 “To win a giant slalom is for sure special to me as it’s such a demanding event. I had some very promising results in that specialty at the beginning of my World Cup career, yet my hip injury four year ago slowed my down a lot,” Gut also said.

“I focused on the speed events afterwards as I felt more comfortable there but I remained confident about my potential in giant slalom. Those two podium-finishes last winter proved me I was on the right way yet I didn’t expect it could go so fast,” added the racer from the southern Italian-speaking part of Switzerland.

“For sure it was great to start with such a low bib number, it was the first time I wore such a low start-number in giant slalom. The conditions were excellent. I also won my first speed races with low numbers – 1 and 2 !”

“I don’t know if Sonja had any influence on him, but I can tell you that I feel very relaxed with him. I am happy to train with the other Swiss racers when it makes sense for me,” explained Lara, who has been training for ever with her dad Pauli and her own squad.

“There was much tension around me when I started on the World Cup tour and I had the feeling that I had to fight against the rest of the world including the Swiss Ski Association, but things have greatly improved since last year. I’m very happy how I could prepare myself last summer and I feel ready for a strong season,” also said Gut, who even spent some time with the Italian men’s team in South America last summer.

“I haven’t set myself precise goals for the coming season except attacking each time as hard as possible, that the only way to fully enjoy competition. Of course I hope to be healthy and in good shape in February prior to the Sochi Olympics as I could not race at Vancouver three years ago after injuring myself a few weeks before the season start.

“For the moment, I’m just very excited to have received that red leader bib today – it’s the first time ever I get one…It’s pretty nice. It gives me a good feeling before my next competitions at Beaver Creek in a month.”