ALPINE SKI. Viktoria Rebensburg of Germany battled back from a slight mistake in the first run to claim her first win at the Sölden FIS Audi Ski World Cup opener since 2010. Coincidentally, she once again shared the podium with third-place finisher Manuela Moelgg of Italy, the same result as in 2010. Defending giant slalom globe winner Tessa Worley of France claimed her first podium finish at the Austrian resort, squeezing into second place, under sunny skies and in front of 14,500 fans. 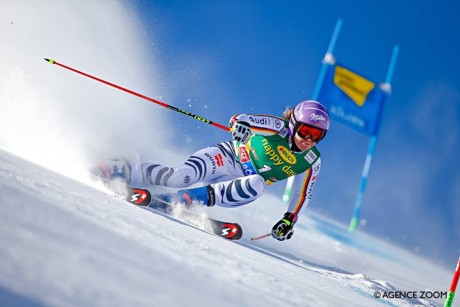 Rebensburg struggled in the 2016/17 season with back problems and a tibial fracture – still finding the podium twice – but has returned to the tour this year healthy and strong. She overcame a 0.33-second deficit after the first run to overtake Moelgg for the win. The 2017 Overall champion Mikaela Shiffrin sat in second place after the first run but ultimately finished fifth.

Worley was beyond ecstatic to claim her maiden Sölden podium. She sat in sixth place after the first run and fought hard in the second run to close the gap to within 0.14 seconds of Rebensburg. At 34 years old, Moelgg was the most experienced athlete in the race and quite impressively managed to match her result from seven years prior. Wind forced the jury to lower the start to the reserve position, but the infamous pitch on the Rettenbach glacier still challenged the best skiers in the world to turn out crowd-pleasing performances.

The ladies' circuit next races slalom in Levi, Finland, on 11 November.