VISMA SKI CLASSICS. For the just-concluded Season XI, the total prize money handed from both events and Visma Ski Classics was a total of 434,996 ˆ. The Prize money is gender equal. The largest amount of prize money goes to Lina Korsgren, Team Ramudden, winner of the yellow Champion bib, Visma Alp Trophy, Visma Nordic Trophy, the green Sprint bib and the squared patterned Climb bib. With her six event victories and a second and a third place, her total prize money for Season XI was 97,053 ˆ. 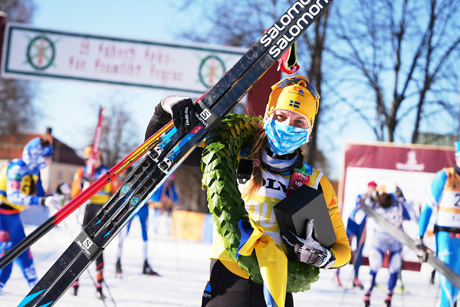 The events hand out a minimum of 20,000 ˆ after each event. Most event prize money is handed out by Vasaloppet, including sprints they handed out 40,196 ˆ Season XI.