FREESTYLE. The 16th annual freestyle.ch Zurich was a hit despite the weather. 28,000 freestyle fans gathered at the Landiwiese to cheer on their freestyle superstars. Victory went to Gjermund Bråten in snowboarding, Henrik Harlaut in freeskiing, Dany Torres in FMX and Sandro Dias in skateboarding. 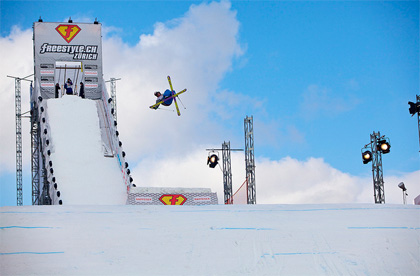 The battle between up and coming Gjermund Bråten (NOR) and Sebastien Toutant (CAN) for victory in the snowboard final was hard fought. Both performed flawless double cork 1260°s, a trick rarely seen until now at in-city Big Air events. In the end, current TTR tour leader, Gjermund Bråten, pulled of a more pristine trick execution: «Snowboarding is currently developing at such a rapid pace. We've provided a glimpse at trends for this upcoming season's in-city events. It is a real honor to win such a prestigious contest in this setting.» Swiss hopeful, Iouri Podladtchikov, came within a fraction of getting into the final, but wasn't able to achieve the precision he had so convincingly displayed during training. 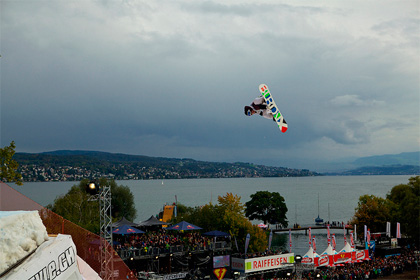 In an equally intense head-to-head fight for the freeski title Henrik Harlaut (SWE) landed first place and Elias Ambühl (SUI) second. Harlaut amazed with a perfect switch double cork 900° that he executed with a precision Ambühl wasn't able to match. «It's tough to come so close to tasting victory. I wish I'd won. But no matter what, freestyle.ch still remains my favorite event because it's a fact: Zurich rocks!» says Ambühl. 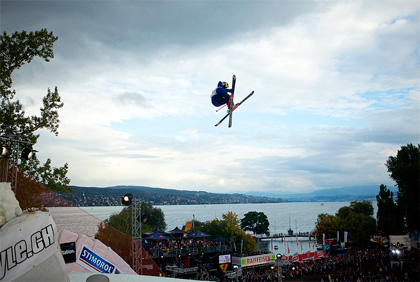 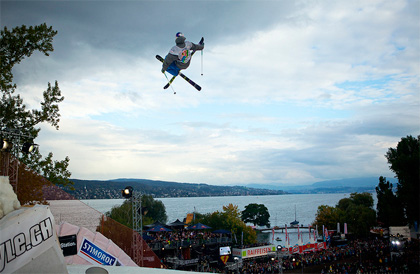 Oldtime favorites take the prize in FMX and skateboarding

The entire FMX and skateboarding contests were shifted to Sunday due to heavy rainfall. Of the top 4 contenders in the FMX final, it was last year's FMX champion, Danny Torres, who grabbed the title for a second time. The Swiss French Mat Rebeaud had to settle for second place: «Of course, it would have been nice to switch places with Dany, but I'm quite happy with second place.» 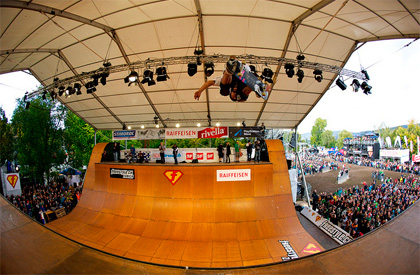 The crowd’s favorite, Sandro Dias, dominated in skateboarding. The Brazilian impressed with a remarkable consistency, incredibly high airs and perfect alley oop 540°s. «My last win at freestyle.ch was back in 2008. The audience here always did such a good job of cheering me on, so I really wanted to finally win again this year. I was pretty nervous and decided lean on the side of caution – and it went perfect,I'm on cloud nine!» says Dias.

In addition to its contests, freestyle.ch was able to captivate audiences once again with its live acts. Reggae singer Cali P and his Soul Fire Band ignited the crowds and the Fabry Project accompanied the Crossover Session with a combination of music and dance. This year's crossover.champ title went to the American freeskier, Tom Wallisch. Also a hit were the newly featured Active Zones that enabled visitors to join in on the action. «The Active Zones allow us to bring the event to the visitors rather than the other way around. Visitors are able to engage in and actively experience the event,» says Nuno Funesca of Streetsurfing, who set up a snake run on the Landiwiese to give visitors a try at surfing on streetsurfing boards. The Active Zone on the Saffa Island also offered up impressive attractions like its micro scooter aces bolting from a 9 meter high mega ramp onto an air cushion.

Showcasing over 145 brands, freestyle.ch's trade show, Label World, offered up something for visitors and exhibitors alike. «freestyle.ch provides an ideal platform for Burton Snowboards to reach the end customer. It is clear that visitors really appreciate seeing us here and trying out our brands,» says Dani Bühler of Burton Snowboards Switzerland.

Despite the unfortunate weather conditions, freestyle.ch organizers and partners are happy with the results. «At 28,000 visitors, we ended up below our target, but we experienced an extremely engaged and contented crowd at the event. And we were financially protected by a weather insurance policy,» concludes freestyle.ch organizer Erwin Flury. In 2011, freestyle.ch will take place on September 24 and 25.