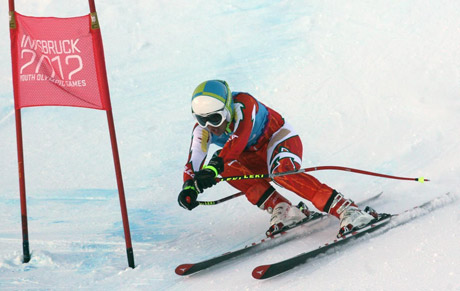 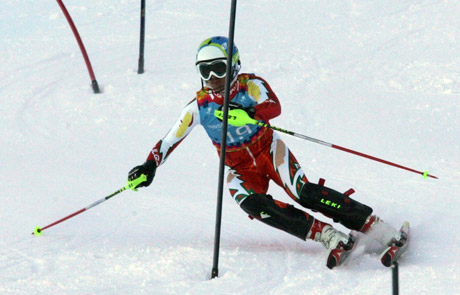 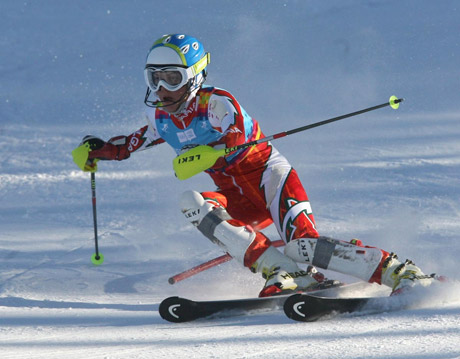 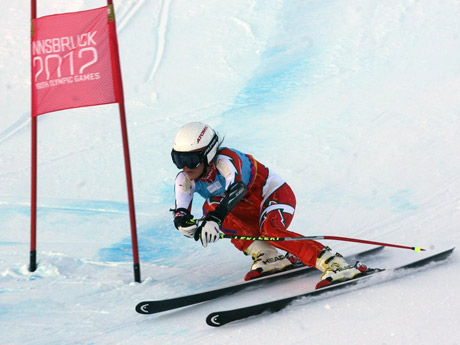 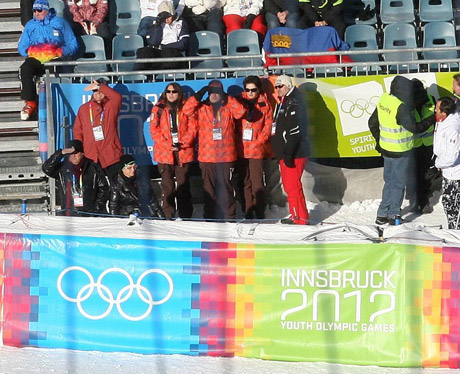 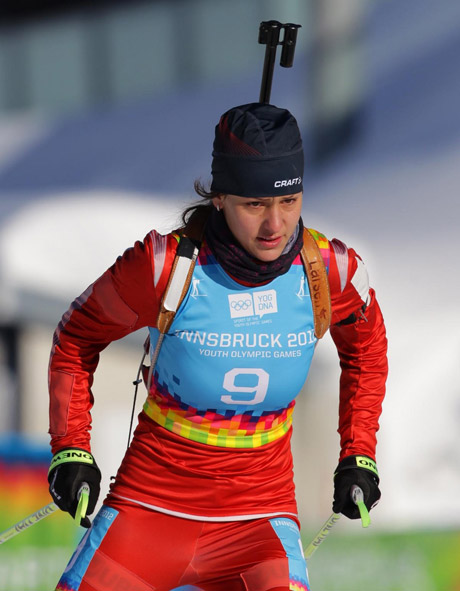 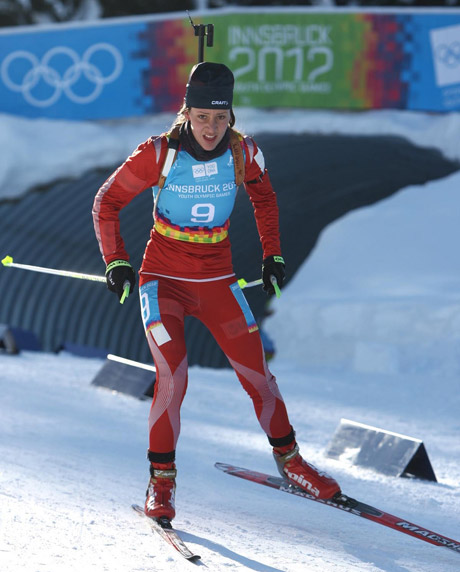 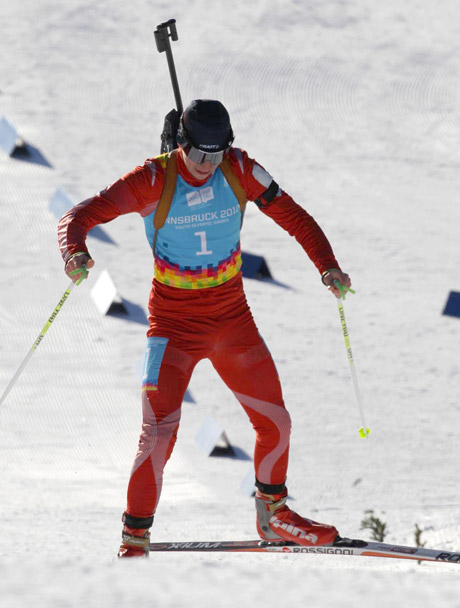 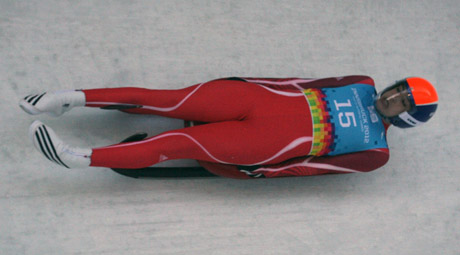 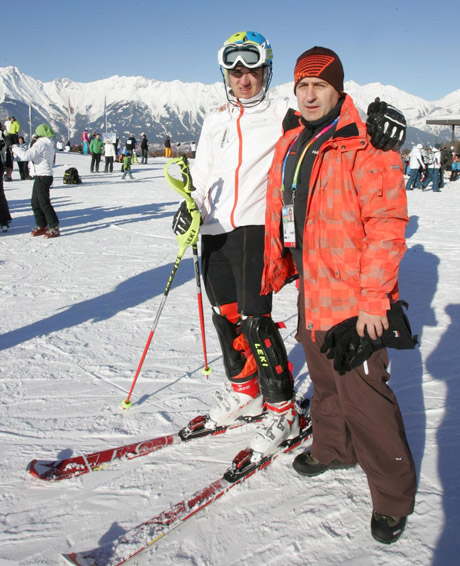 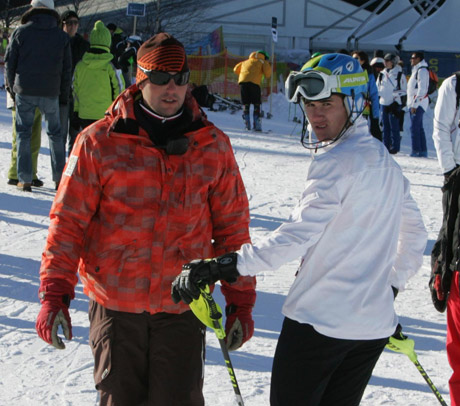 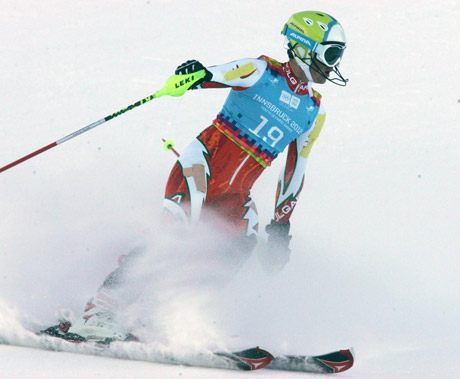 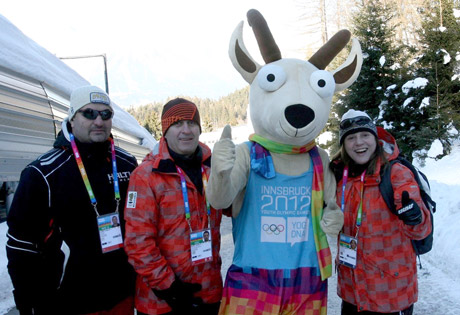 PATSCHERKOFEL, Jan 15 - Magdalena FJAELLSTROEM (SWE) and Marco SCHWARZ (AUT) displayed their abilities in Super-G and Slalom to take Gold in the Women's and Men's Super Combined, respectively, at the Innsbruck 2012 Winter Youth Olympic Games on Sunday.

FJAELLSTROEM won after coming second in the Super-G run with a time of 1 minute, 05.23 seconds, 0.49s behind Estelle ALPHAND (FRA), Gold medallist in the Super-G on Saturday.

But the Swedish skier sealed the victory in the Slalom run, concluding in 35.59 while ALPHAND, slowed down by a back pain, finished in 36.67 to secure Silver.

FJAELLSTROEM was enthusiastic about her medal, but not surprised. "You can always win," she said.

She was, however, disappointed with her Slalom display. "I don’t know why. It just did not feel too good," she said. "The Super-G [run] was better, but Slalom is my favourite."

FJAELLSTROEM, who turned 17 on Thursday, insists her Gold is only just the beginning. "My next race will be the Team competition," she said. "I am confident that I can win that as well."

ALPHAND lay in the snow at the end of the race, distraught that she had been unable to grab Gold.

Bronze medallist Adriana JELINKOVA (NED) displayed great consistency, coming third in the Super-G run in 1:05.54 and confirming her position in 36.67 in the Slalom run.

In the Men’s Super Combined, the Gold medal was up for grabs after Saturday's Super-G Gold medallist Adam LAMHAMEDI (MAR) crashed in the first run.

SCHWARZ (AUT) was in the lead after the Super-G run with a time of 1:03.32, followed by Miha HROBAT (SLO), and the pair maintained their positions to take Gold and Silver respectively.

"Winning is always a surprise, but I was very well prepared," SCHWARZ said. "I’ve dreamt about winning an Olympic Gold since I was young."

The Austrian said to achieve his dream in front of a home crowd was "an unbelievable feeling".

The Bronze medal went to Sandro SIMONET (SUI) after he completed a stunning comeback in the second run.

He was in ninth position after the Super-G run with a time of 1:04.33, but his Slalom time of 37.12, was the fastest of the day and earned him a podium place.

It is his nation's first Gold medal on the snow at the Innsbruck 2012 Winter Youth Olympic Games and, speaking after the race, CHENG's visible excitement was matched by boisterous cheering and celebration by Chinese team officials.

"I won this to honour my country," he said. "I am very excited, as this is the first Gold medal for China on snow at these Games."

CHENG, who had only skied Cross Country for one year before becoming a professional Biathlete in 2008, missed only one standing shot, then went on to overtake several competitors on the final lap of the race to finish with a time of 19 minutes, 21.7 seconds.

A surprised Rene ZAHKNA (EST) finished in a time of 19:43 to secure Silver.

"I never expected this," ZAHKNA said. "Never in my mind. I was hoping for a top-10 finish, but there'll be no celebration tonight as I have three more competitions at these Games, and this was a very hard race."

ZAHKNA took up Biathlon at the age of 12, but revealed he had started shooting some time before that, thanks to the influence of his father Hillar ZAHKNA, who was head coach of Estonia's Biathlon team for 10 years.

France's Aristide BEGUE claimed the Bronze medal with a time of 19:48.5, in what was his first international competition.

BEGUE will compete in the Men's 10 km Pursuit on Monday, but revealed the pressure is now off him after claiming Bronze.

"We'll see about the (Men's 10 km) Pursuit tomorrow," he said. "It is just for pleasure after today."

SEEFELD, Jan 15 - Franziska PREUSS (GER) won the Gold medal in the Women's Biathlon 6 km Sprint in a brilliant display of staying cool under pressure at the Innsbruck 2012 Winter Youth Olympic Games on Sunday.

Competing under clear blue skies at Seefeld Arena, PREUSS finished the event in a time of 17 minutes, 27.7 seconds, missing only one shot.

Galina VISHNEVSKAYA (KAZ) finished in a time of 17:55.2 to take the Silver and Uliana KAYSHEVA (RUS) grabbed the Bronze medal with a time of 18:00.9.

Seventeen-year-old PREUSS, who only took up Biathlon three years ago and had not shot or skied Cross-Country beforehand, went into the event as a medal hope, partly because of Germany's strong tradition in the discipline.

She displayed composure beyond her years, making sure she made up for her single missed shot from the standing position.

"I said to myself, 'Now I really have to go fast, otherwise I won't win a medal'," PREUSS said.

"I could hear my coaches shouting at me, 'Run. Run. Run.' and so I did and now I can't believe that I've really won the Gold."

PREUSS, who will compete in the Women's 7.5 km Pursuit, admitted she would not celebrate her win too enthusiastically but was looking forward to Sunday night's Medals Ceremony.

Asked about her chances of a spot on the podium in Monday's 7.5 km event, PREUSS was cautiously optimistic, saying she was enjoying her moment and would take a 'we'll see what happens' approach to the Pursuit.

Silver medallist VISHNEVSKAYA admitted it was a gruelling contest.

"I was afraid before the race," she said. "I didn't know if I had enough strength to make it to the end. After that race, I was so happy it was over."

KAYSHEVA believes she could have claimed the Silver had she not taken a tumble at the worst possible time.

"I fell on the last hill and that was unfortunate," she said. "I would have had a better finish if I hadn't fallen."

PATSCHERKOFEL, Jan 15 - Christian PAFFE (GER) cannot wait to celebrate after winning the Gold medal in Men's Luge Singles at the Innsbruck 2012 Winter Youth Olympic Games on Sunday, but will wait until his Mixed Team Relay race is over.

PAFFE, 17, finished with a total time of 1 minute, 19.603 seconds, recording the fastest times on both runs at the Olympic Sliding Centre, with Riks Kristens ROZITIS (LAT) taking Silver and Toni GRAEFE (GER) Bronze.

PAFFE was delighted with his work for the day.

"I'm very happy about this and I think the time was really good," he said. "I will talk to my family and maybe then celebrate a little, but I still have a race to go. I will not celebrate so much. But later, when everything is finished, I will definitely celebrate."

"For me, it’s quite a big accomplishment."

Silver medallist ROZITIS had the second-fastest first run and held that position by notching the fourth-fastest second run for a total time of 1:19.806.

"The first run was really good for me and the second run was not so good. But the finish time is good," he said.

Toni GRAEFE (GER) was in fourth place after the first run, but slid into the Bronze medal position by notching the second-best time in run two.

Afterwards he revealed what the medal will mean to his family.

"They are very happy because in the first run I was not too good. But in the second one, I gave my best. The start was better than the first run and corner nine was also better," he said. "They [his family] were very surprised and very happy."

GRAEFE took the Bronze at the expense of Anton DUKACH (UKR), who fell from third to fourth after run two.